Suzuki Announces World Premiere of an SUV, the All-new S-CROSS 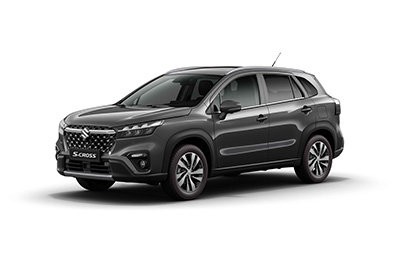 Suzuki Motor Corporation has announced the world premiere of an SUV, the all-new S-CROSS, complete-changeover from the SX4 S-CROSS crossover. Manufactured at Suzuki’s Hungarian subsidiary Magyar Suzuki Corporation, sales of the all-new S-CROSS will start in Europe from the end of 2021, followed by export to Latin America, Oceania, and Asia.

Since the start of sales in 2013, the SX4 S-CROSS has been favoured in markets including Europe as a crossover of a passenger car and an SUV. Undergoing its complete-changeover, the all-new S-CROSS has been reborn into a well-balanced mix of bold SUV styling and comfort. Driving performance and safety are enhanced with ALLGRIP 4x4 technology, while the display audio system communicates a variety of information. The all-new S-CROSS is an SUV that delivers on three concepts of Bold, Sophisticated, Versatile, all at a very high level. Each of these three concepts refers to its styling concept, control technology, and convenient and comfortable interior respectively.

<Main features and major specifications of the all-new S-CROSS>

At the world premiere which was held online on 25 November, 2021, President Toshihiro Suzuki proudly declared, “The all-new S-CROSS is developed with our expertise and experience in SUVs. In Europe, which leads the world in environmental efforts, all our passenger cars are hybrids, and we will increase our strong hybrid line-up from next year. In the latter half of next year, the all-new S-CROSS will also offer a strong hybrid and connected services that offer additional convenience and comfort to customers.”