Suzuki VITARA rolls off the line in Hungary 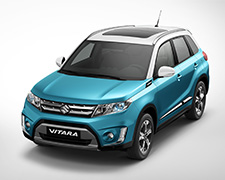 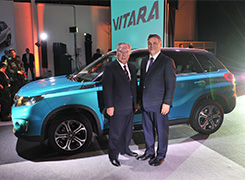 Suzuki Motor Corporation has today held a ceremony for the all-new SUV VITARA as it rolled off the production line of Magyar Suzuki Corporation Ltd., Suzuki’s Hungarian subsidiary.

At the ceremony, Chairman Suzuki said, “Since its establishment in April 1991, Magyar Suzuki has produced eight models including the Swift and the Splash, and the accumulated production unit reached 2.5 million units last year. Suzuki places Magyar Suzuki as a significant strategic hub, and will continuously expand its production.”

The all-new SUV VITARA is a whole new compact SUV, which has evolved in every aspect such as driving, safety, and environmental performances, and design, while inheriting qualification as genuine four-wheel-drive vehicle and SUV derived from JIMNY and VITARA. It has not only pursued excellent driving performance, but has been developed as a car that can reflect the user’s lifestyle.

The all-new SUV VITARA will be delivered from Magyar Suzuki not only to European countries but also several new markets, and is planned to be produced 70,000 units in its first year of manufacturing.