We are pleased to inform you that Suzuki will have a major presence at the Tokyo Motor Show 2009, which will be held at the Makuhari Messe International Convention Complex in Chiba City from 21 October to 4 November 2009. It will be organized by the Japan Automobile Manufacturers Association.
At the 2009 Tokyo Motor Show, the Suzuki booth will bring together automobiles, motorcycles, power-assisted bicycles, and electric wheelchairs under an overall theme of “small cars for a big future”. As well as showing Suzuki products, it will highlight the company’s future-oriented initiatives. Visitors will see how Suzuki’s automaking spirit and technologies realize exciting lifestyle possibilities.

Suzuki has a simple philosophy: one of constantly finding out what customers want and creating innovative products and services to delight them and enrich their lives. This customer-driven philosophy is summed up by Suzuki’s “Way of Life!” brand slogan.
At the 2009 Tokyo Motor Show, Suzuki’s customer-driven philosophy will be on display in the form of automobiles and motorcycles that embody functionality for contemporary lifestyles and exciting new ideas for the future.

All-New Alto Concept: A Minivehicle that Appeals to All Generations 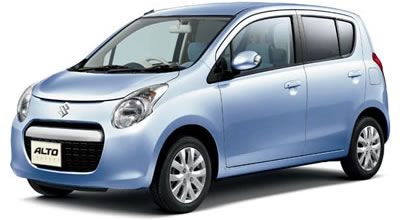 The all-new Alto Concept points to the future of the minivehicle by combining newly honed performance with minivehicle economy and user-friendliness. Styling that appeals to people regardless of age and gender makes the Alto Concept an outstanding proposition for motorists who want minivehicle economy and convenience. A big, simple, highly legible speedometer, an easy-to-use floor-mounted shifter, and user-friendly switches and storage spaces realize convenience for people of all ages. 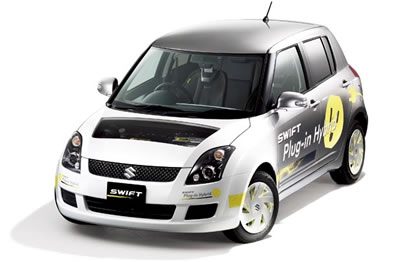 The SX4-FCV combines a General Motors-produced high-performance fuel cell with a Suzuki-developed high-pressure (70MPa) hydrogen tank and a light, compact capacitor, which promotes driving performance by recovering energy during brake application and using it to reduce fuel-cell loading during acceleration. With a view to commercializing the SX4-FCV, Suzuki is testing it on public roads with government approval and using the resulting data in ongoing development. 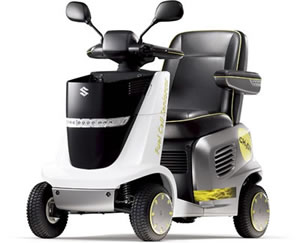 Suzuki’s MIO electric wheelchair is powered by a direct-methanol fuel cell rather than by a conventional lead-acid battery. The methanol solution is held in a cartridge-type bottle that’s easy to replace with a full spare one, so the user gains extra freedom and doesn’t need to worry about running out of fuel on the road. Suzuki began joint trials of the MIO with the Shizuoka prefectural government in November 2008 with a view to enhancing its reliability ready for commercialization. 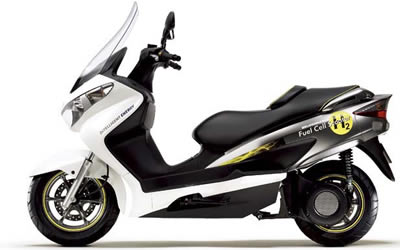 Suzuki developed the Burgman Fuel-Cell Scooter using technologies from the Crosscage concept motorcycle that it displayed at the 2007 Tokyo Motor Show, thereby realizing a more practical and accessible fuel-cell bike. 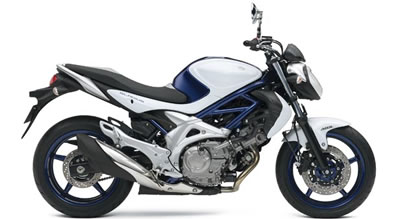 The Gladius* 400 ABS is a stylish naked bike with a 400cm3 V-twin engine. It features a truss frame that combines rigidity with great looks. And its newly designed V-twin engine delivers plenty of power in a rider-friendly way. All told, the Gladius 400 ABS is great way to experience the nimble performance and classic throb of a V-twin machine.

* The Gladius is named after the kind of sword used by gladiators in ancient Rome. 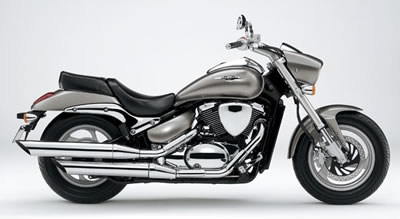 The Boulevard 400 is a performance cruiser with aggressive bikini-cowled looks and a 400cm3 engine. Low, flowing body lines that give an unmistakable sense of performance are combined with inverted front forks and stylish cast wheels. The engine is a narrow-angle (45°), liquid-cooled V-twin with fuel injection. The Bandit 1250F ABS is a fully faired tourer. Together with the compact body and torquey performance that make touring so enjoyable on the Bandit series, it has a sharply styled full fairing for heightened comfort.

Another highlight of Suzuki’s exhibits will be a GSV-R racebike.

Suzuki motorcycles will be part of a test-ride programme at the Tokyo Motor Show. To give visitors a chance to get familiar with the great features of Suzuki motorcycles, six models (most with antilock braking systems and engine displacements of 400cm3 or greater) will be available.