Suzuki RM-Z450: From the Factory Floor to the Record Book

Thanks to support by DERCO S.A. in Chile, on November 30, 2019, American adventurer Chase Boehringer successfully rode a stock 2020 model Suzuki RM-Z450 to an altitude of 5,890 meters atop the world’s highest volcano, Chile’s Ojos Del Salado. Braving -37.8 degrees C temperatures with winds registering 32.2m/s, this record for the highest altitude reached by a stock motorcycle was officially recognized as the world record by Record Holder Republic (RHR), Registry of Official World Records. Suzuki congratulates Boehringer and team members Gustavo and Cristobal Guldman for their outstanding achievement.

Other past attempts had been made with motorcycles that had been upgraded to deal with the problems of operating an engine in thin air. But the team’s achievement was unique, a totally unassisted ascent by a stock motorcycle all the way to an altitude that had never before reached. Suzuki engineers and workers also deserve warm applause for the role they play in designing and manufacturing the excellent performance of the RM-Z450. And Suzuki customers will be pleased that they can ride out of the showroom on a Suzuki motorcycle that performs so remarkably at the top of the world. 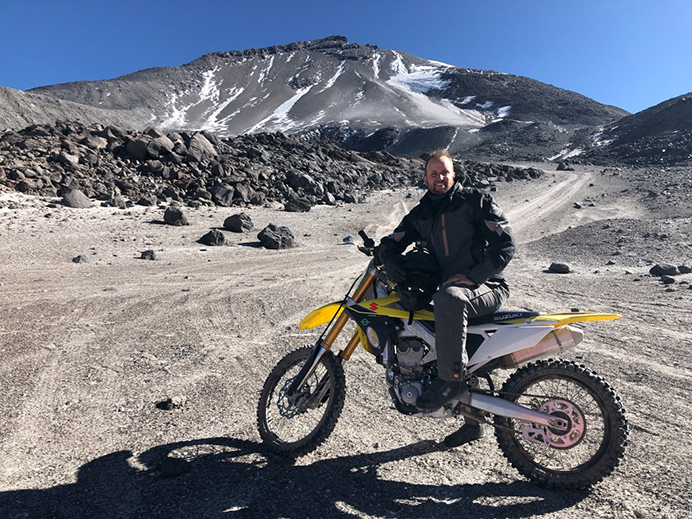