When the Hayabusa was introduced in 1999 it was so advanced that it created a whole new performance category: Ultimate Sport. Almost immediately the Hayabusa (GSX1300R) was recognized as the world’s fastest production motorcycle. Hayabusa’s outstanding performance and nimble handling have kept it in the category’s number one position for the past two decades. Now Suzuki is poised to create a new legend with the next generation Hayabusa to carry riders boldly into the future. 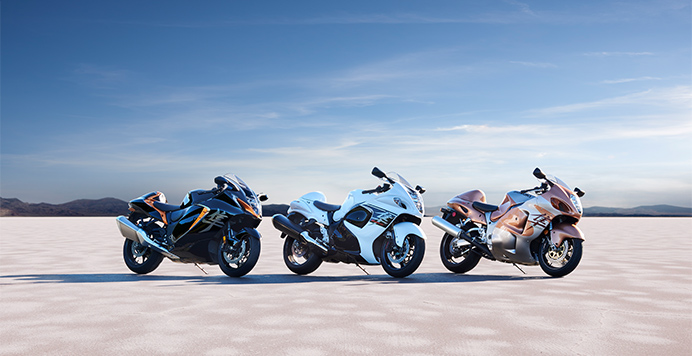 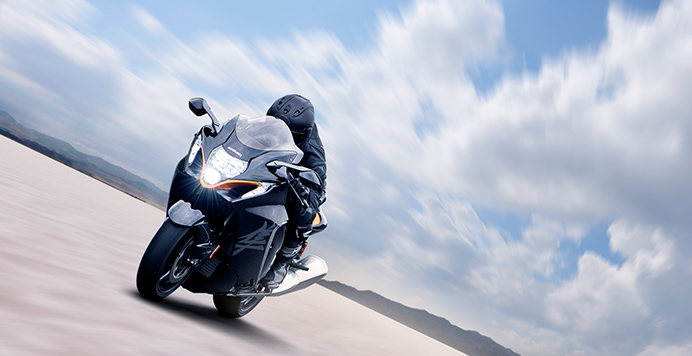 Named for Japan’s fastest bird, the Japanese peregrine falcon, Hayabusa, often called Busa by its fans, emerged from Suzuki’s famous integrated design process. Designers and engineers collaborated together from the earliest planning stage. To maximize speed and live up to the model’s name, the team worked painstakingly on the Hayabusa’s top world class aerodynamics. With an engine built from lessons learned during years of competition on the unlimited-class racing circuit, Suzuki developed SRAD (Suzuki Ram Air Direct) and incorporated an electronic fuel injection system. The integrated design meant all elements were brought together to serve the whole, speed, control and a pleasurable ride.

Fans loved the unique appearance. When the second generation was unveiled in 2008, Suzuki designers made sure the popular look was preserved while making the image more bold and muscular. The displacement was enlarged to 1,340cm3 and the compression ratio was boosted. In 2013 new enhancements were added including upgraded front brakes and an Anti-locking Brake System (ABS). Now, total sales of Hayabusa’s first two generations reached over 189,100 units. 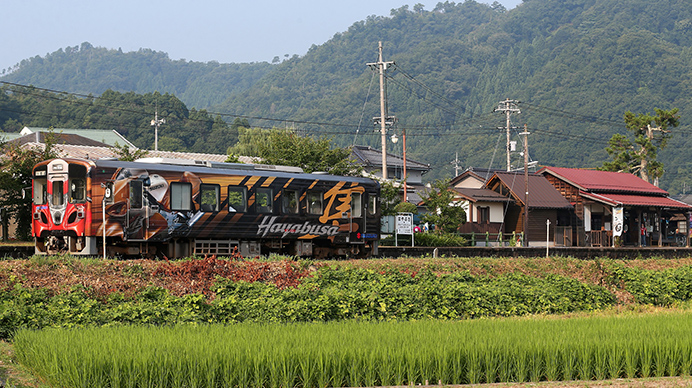 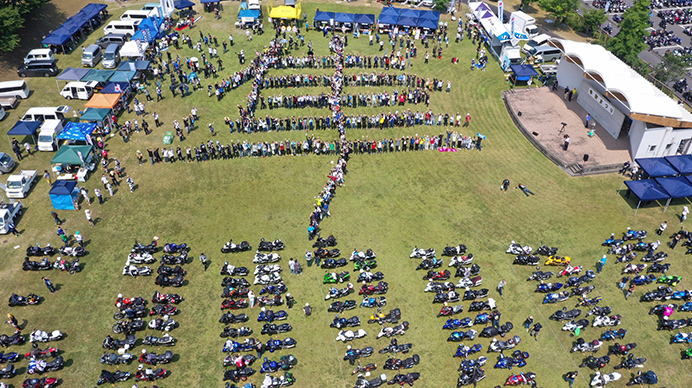 And now Suzuki’s total commitment and tireless effort has given birth to a new generation Hayabusa. Suzuki’s flagship sport model has been reborn and is ready to introduce riders to the future of the ultimate riding experience. Marking the first full model change in 13 years, the third generation Hayabusa proudly carries on the legacy of ultimate performance established by its predecessors, while further upping the ante. Every aspect of the new Hayabusa is meticulously engineered and finely crafted to deliver an unsurpassable balance of class-leading performance, controllability, stability, rider comfort and beauty.

The new Hayabusa’s sleek, aerodynamic silhouette is unmistakably that of the Hayabusa. The modern look of its styling and luxurious attention to the finest details are true to its design concept. The new Hayabusa’s long, low stance screams of the power, performance, poise and keen perceptive abilities possessed by a bird of prey, carrying on the legacy of ultimate performance of preceding generations. The new Hayabusa’s chassis is designed to combine sure footing, nimble handling and predictable control with a smooth and comfortable ride. The tried-and-true twin-spar aluminum frame and swingarm incorporate extruded aluminum sections that lend the right amount of suppleness and strength required by a machine capable of reaching a nominal top speed of 299km/h.

Refinements implemented to enhance the performance, efficiency, and durability of the new Hayabusa’s legendary 1,340cm3 liquid-cooled inline-four engine extend to almost every major internal component. These new features include the adoption of electronic throttle control and a new S-SFI dual injector design. The new engine delivers smoother torque and more power through the low to mid range, making the new Hayabusa more controllable. It not only achieves an overall better balance of performance, it also satisfies Euro 5 emissions standards without sacrificing top speed.

An advanced new version of the Suzuki Intelligent Ride System (S.I.R.S.) offers a robust collection of electronic control systems designed to match the needs of the moment and the rider’s level of confidence and experience, optimizing performance characteristics and making the new Hayabusa even more controllable and predictable. Features include Suzuki Drive Mode Selector Alpha (SDMS-α), which enables riders to select individual settings for five of the control systems as a single group and Active Speed Limiter, a first in the motorcycle industry that allows the rider to set a speed limit they do not want the bike to exceed and then accelerate and decelerate freely up to that speed.

The new Hayabusa is perfectly poised to capture the imagination of a new generation of motorcycle lovers while retaining the admiration of established fans. Suzuki’s advanced engineering technology has brought performance, comfort, control and styling into one elegant whole where the rider can become one with this remarkable new motorcycle. 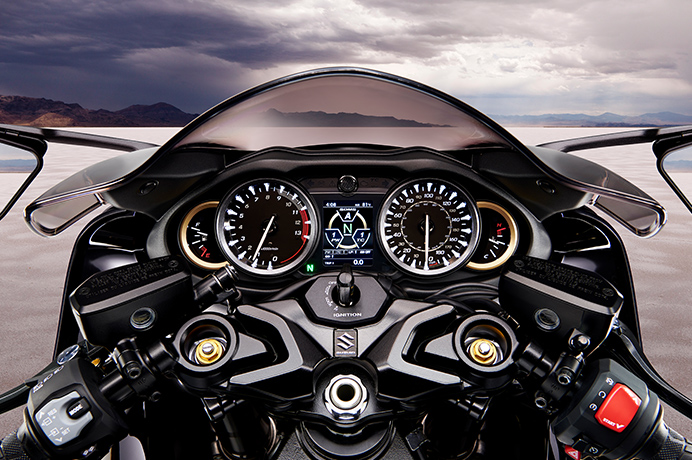 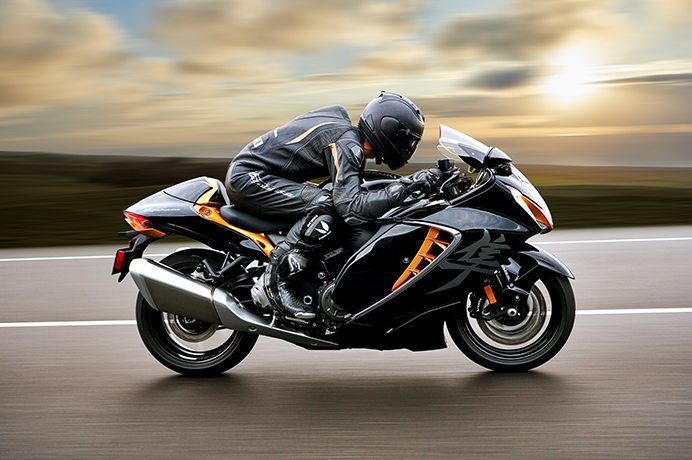