The sailing of 465 nautical miles day and night for 22h, it was brought by the crews of Aretusa Explorer. They took a 38cc Nuova Jolly inflatable boat powered by two Suzuki DF300B for their challenge to sail from the Mediterranean to the Atlantic, to be exact from Palma de Mallorca to Gibraltar. 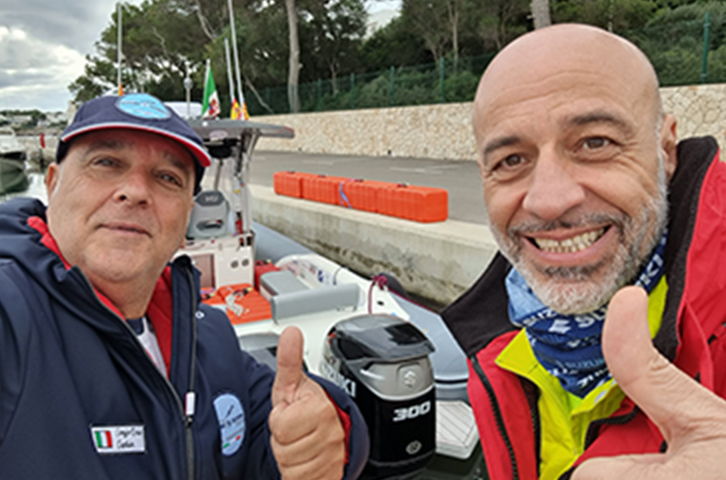 Alongside the Captain Sergio Davi, the President of Suzuki Italy, Massimo Nalli, who is a great lover of the sea and boating but never had such a long and tough sail experience before, accompanied this challenge personally to confirm especially the performance, durability and fuel economy of Suzuki engine in the extreme conditions. 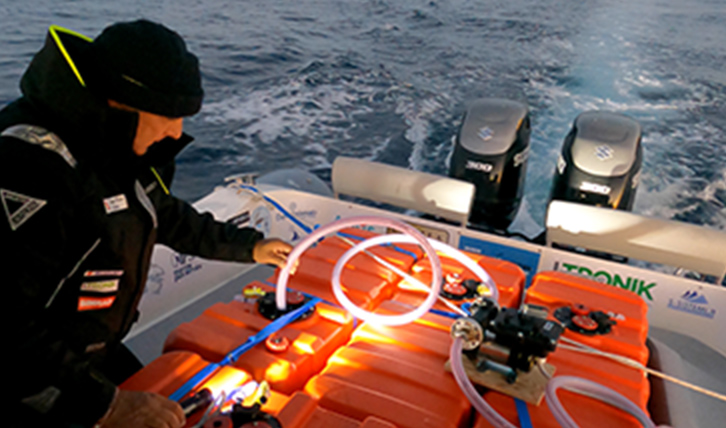 Mr. Nalli was so inspired through this challenge and felt an urge to tell his experience to someone as soon as he arrives in Gibraltar. “Through this sail with the Captain Sergio Daví, I saw his professional work with my own eyes on his RIB and with his Suzuki engines. He always kept a lookout for all the signs on the engines and the boat, and to every little thing that happened, not only responding, but also anticipating the possible problems ahead and taking the correct action, as a highly trained commander!”

The Captain Sergio Davi said, "For me it was really a huge pleasure and honor that the President of Suzuki Italy Massimo Nalli accepted my invitation". He also added, "It is the demonstration of how Suzuki is very close not only to the nautical world but also to that of extreme sporting challenges. The President has in fact shown curiosity and interest in wanting to see what actually happens during such enterprises and in particular how the outboards of their production behave. Suzuki engines, also on this occasion, have proved to give safety to who counts on their excellent performances. "

In addition to the challenge to complete the Ocean to Ocean RIB Adventure, Mr. Davi is working on the protection campaigns of the marine environment in order to raise the important awareness, among which he favors the analysis for the ATEN CENTER department of the University of Palermo, which is studying the problem of microplastics dissolved in the sea. During the challenge from Palma de Mallorca to Gibraltar leg, the Captain Sergio Davi began to collect the first seawater samples. Once the adventure is over, the test tubes will be delivered to the Palermo institute to be examined and used for a scientific study that will then be published.

You can find more of Mr. Davì’s former challenges from:
https://www.globalsuzuki.com/marine/ice_rib_challenge/