As a corporate partner in the HAKUTO-R commercial lunar exploration program, Suzuki is applying its proven technologies for building compact, lightweight cars. Three Suzuki staff members — Idemitsu Masuda, Kentaro Shizu and Daisuke Furumoto — are participating in the development of the lunar lander as technical support staff. We interviewed these three personnel and asked them to share stories about providing technical support for the lunar lander project.

(Idemitsu Masuda)
Matsuda specialises in running simulations related to collision safety aimed at developing cars that give peace of mind and better protect occupants in the event a traffic accident occurs. For this project, Masuda is in charge of coordinating the simulation and designs on the Suzuki side. Simulations are an essential development technology, whether developing a car or a lunar lander. 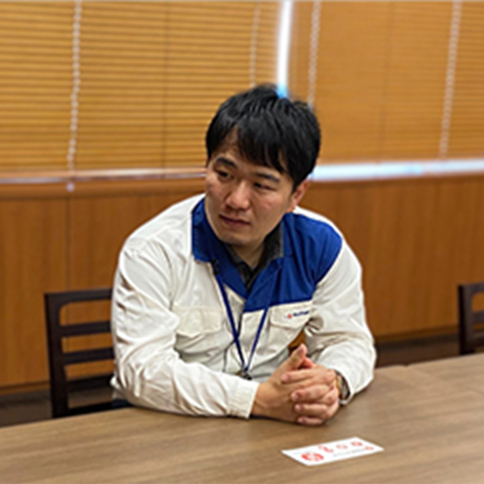 (Kentaro Shizu)
At Suzuki, Shizu is in charge of applying CAE (Computer Aided Engineering) for new model development, as well as the technical development of collision CAE technologies, including evaluating car bodies and other parts using CAE for the purpose of delivering satisfactory safety performance in the automobiles. Based on the core knowledge acquired in pursuing his regular duties, Shizu has taken on the task of analysing the landing gear to ensure the lunar lander properly absorbs energy when it touches down on the moon’s surface. Then he builds models from the CAD drawing and prepares reports on the results of that analysis. 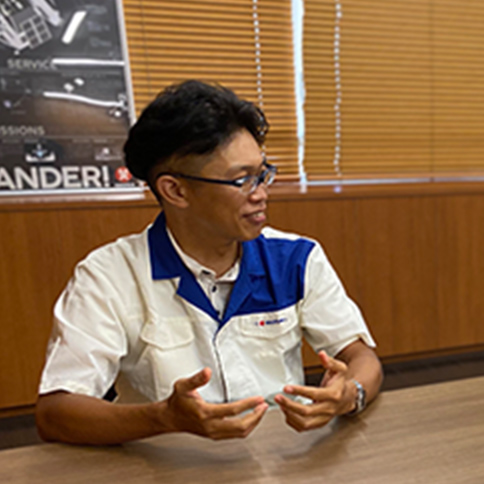 (Daisuke Furumoto)
Furumoto is currently working as a car body designer. He designs pretty much every type of car part, from the advanced development stage through to mass production. Taking advantage of the CFRP knowledge he acquired from previous participation in advanced development projects to reduce the weight of body parts, Furumoto combines that experience with knowledge he acquired while majoring in metallurgy as a student. This enables him to provide advice and feedback on the designs created by the team at ispace using his perspective as a professional designer.

Please tell us how you were selected as a project member and what your reaction was to being selected.

(Masuda) When we were told about development of the lunar lander’s legs, my department which is in charge of simulations was chosen.
(Shizu) I received an email message from my manager asking if I was interested in doing calculations for a lunar landing, and was chosen after replying that I would love to give it a go. The scale of the project and difference from my normal duties at Suzuki left me feeling pretty nervous when the decision came down.
(Furumoto) As my manager passed my desk, he asked what I thought of developing a lunar lander. I replied that it sounded interesting and a couple of days later he asked to see me. Though I’ve fielded lots of crazy requests out of the blue before, I was rightly surprised when he told me I would serve as an advisor for the design of the lunar lander’s legs. I had no idea what was ahead, but figured things would work out fine.
(Masuda) I too figured everything would come together well since there were so many gifted young members on the team.

How often did you meet with the team?

(Masuda) We met as often as even twice a month, whether in person or via online meetings, for discussions with three to five members of the team designing the Lunar lander’s legs. 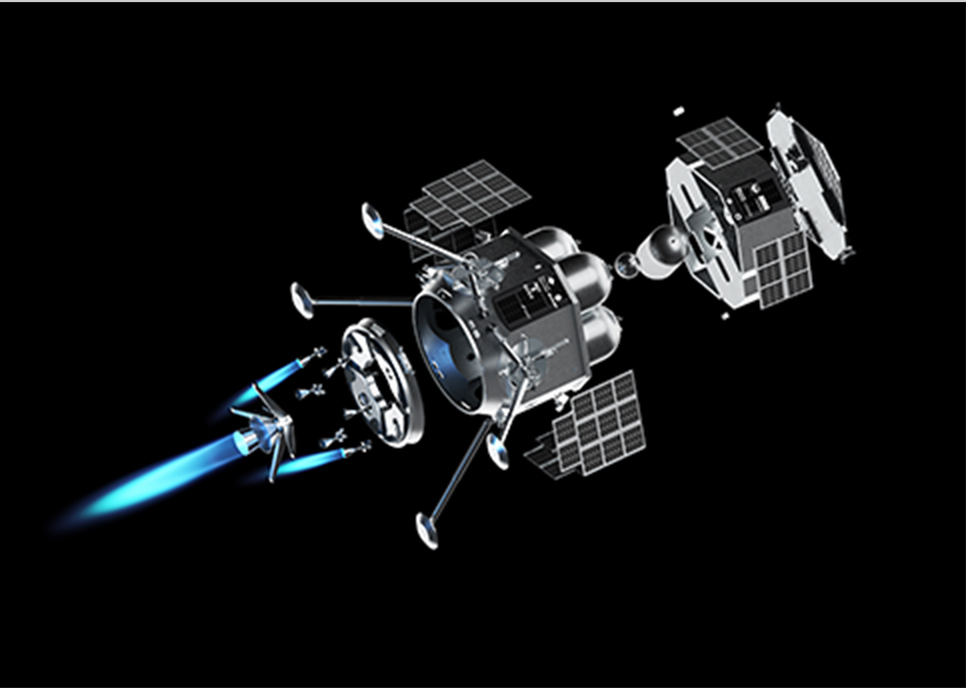 What does your work at Suzuki share in common with providing technical support for development of the lunar lander?

(Masuda) The aspect of envisioning how the end product will be used and then building it is something common to both. As far as the lunar lander is concerned, we must first envision the velocity, ground angle and presence or absence of obstacles at touchdown on the lunar surface, and then consider our designs accordingly.
(Furumoto) The materials and processes used in lunar lander development are far more expensive and lighter in weight than those for mass production cars. On the other hand, the design basics of strength, rigidity, vibration, weight, cost and scheduling are exactly the same. This made it easy to relate to the hardships the team faced in balancing cost and weight considerations while chasing a tight schedule.
(Shizu) I related to the approach of actively exchanging opinions as the team worked to build a better product. I also saw similarities in the passion the members demonstrated as they worked on something nobody has attempted before.

Is there anything from this experience that you will be able to apply to your work in making cars?

(Shizu) When designing individual parts or components, we often started with detailed calculations to ensure satisfactory performance before proceeding with analysis. I think it would be beneficial if, in like fashion, we at Suzuki could start by showing other departments the necessary performance requirements.
(Masuda) I found our technology in simulations has much more broad application. Our simulations can be used as a general-purpose tool and applied to development of products beyond cars.
(Furumoto) The basics are the same as for developing automobiles. This confirmed in my mind that car design offers opportunities for a variety of general-purpose applications. After all, many of the performance requirements are actually stricter for automobiles.
(Masuda) I believe we contributed to development of the lunar lander, including in reducing its weight.

(Shizu) Having no prior knowledge about space development, certain details left me somewhat uneasy when I first joined the project. However, the people at ispace kindly explained these things for me in easy-to-understand fashion, and this made it a great learning opportunity.
(Furumoto) I enjoyed the exposure to the thinking of people engaged in a different field, and also to acquire new knowledge from the experience.
(Masuda) For me, it was the opportunity to speak with people in a different field, particularly with those engaged in a venture company.
(Furumoto) I also appreciated the opportunity to observe the testing at JAXA, which is a difficult place to gain entry to.
(Masuda) Yes, we were lucky enough to witness the prototype tests at JAXA’s Tsukuba Space Center, and to participate in the design reviews.
(Shizu) Being able to attend the vibration tests at JAXA was one of the pleasures for me.
(Furumoto) One thing I had a hard time with was in watching the videos of the analysis results. Although I understood the concept of 1/6 gravity, the gap between that academic understanding and the actual sensation I got when watching the screen was discomforting at first. In the end, I did get over that by repeatedly viewing the various analysis results.
(Shizu) I found it difficult devising new methods outside my experience for processes such as creating models so we could speed up response time and go from the analysis request to submitting the report in quick fashion.
(Furumoto) The vocabulary used in the aerospace field differs from the auto industry to the extent that meetings conducted in English gave me a hard time. This was not only true of the technical jargon, but even differences in general terms such as “structure” caught me off guard.

What expectations do you hold for the future of the HAKUTO-R missions?

(Shizu) I continue to receive analysis requests, even now, so it is important to maintain my focus. So I keep working until everything is completed. I want to be able to look back with pride at the role I played once the project does end.
(Furumoto) I never even dreamed of being part of a lunar landing, so I’m deeply moved at the thought of even a tiny idea of mine going to the moon. I hope the project is a success.
(Masuda) I’m really looking forward to HAKUTO-R landing on the lunar surface on schedule in 2022*.
(Shizu) From Mission 3 onwards, the plan is to explore for water resources and build the groundwork for payload services. With this, I hope to see the day when the HAKUTO-R program enables development of lunar industry and makes mankind feel closer to the moon.