To learn how the power and liveliness of the all-new Celerio’s eye-catching styling was created, we interviewed the new model’s designer, Takashi Maeda. 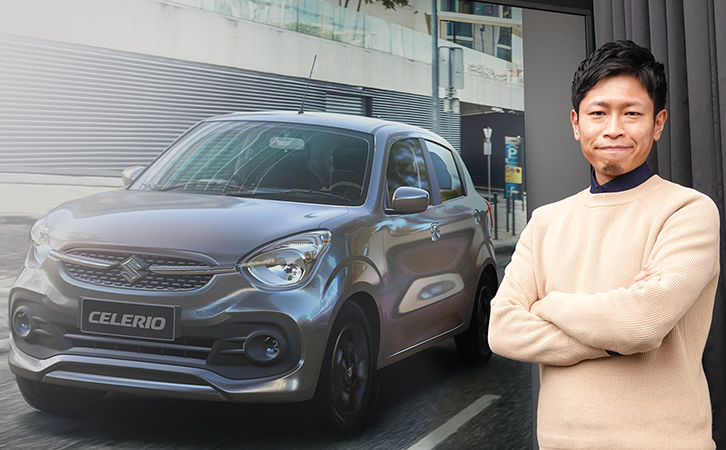 Takashi Maeda
Designer of the new Celerio. His past accomplishments include creating the exterior styling of the previous Swift Sport and the current Baleno, and the advanced design for the first- generation Hustler and the third-generation Lapin.

Q. What was it that you kept in mind when designing the new Celerio? 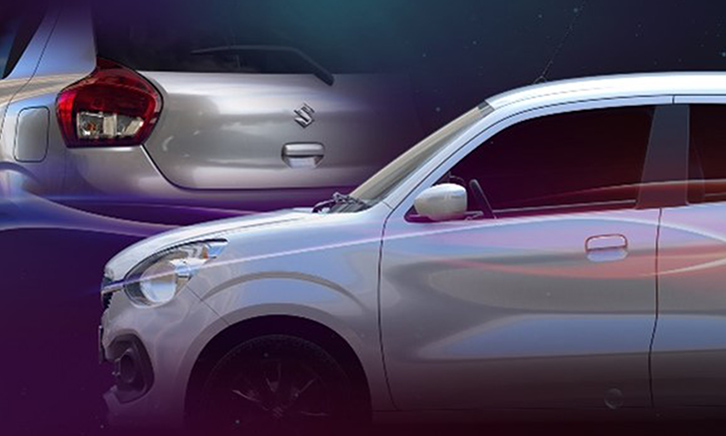 A. The usual practice before starting to draw the design sketches is to decide on a design theme for the model. For the new Celerio the design theme was “a shape that moves your heart”. To realise it, I aimed to create a fluid shape that had not been seen in a Suzuki car before, while maintaining its posture where the tyres appearing to push out on all four corners.
We used digital technology to simulate how the car would really look when driven in an actual environment. For example, even when the sun is high overhead and surfaces directly facing the sun loose complexion, by contouring the vehicle’s various exterior cross sections, we were able to create a surface so that the reflection from the ground gives a clear impression of the tones.

Q. Is there anything you paid special attention to in order to make sure the design meets customer expectations?

What I tried to pay particular attention to was to take the dynamism and simplicity of the original design sketches and balance that with the practical aspects of a compact car, such as comfort and visibility. Especially when I tried to make the rear of the car more tapered, I adjusted the model by just a few tenths of a millimetre time after time as I worked with our engineers. As a result, we finally reached the point where we were confident that we had found the best balance. 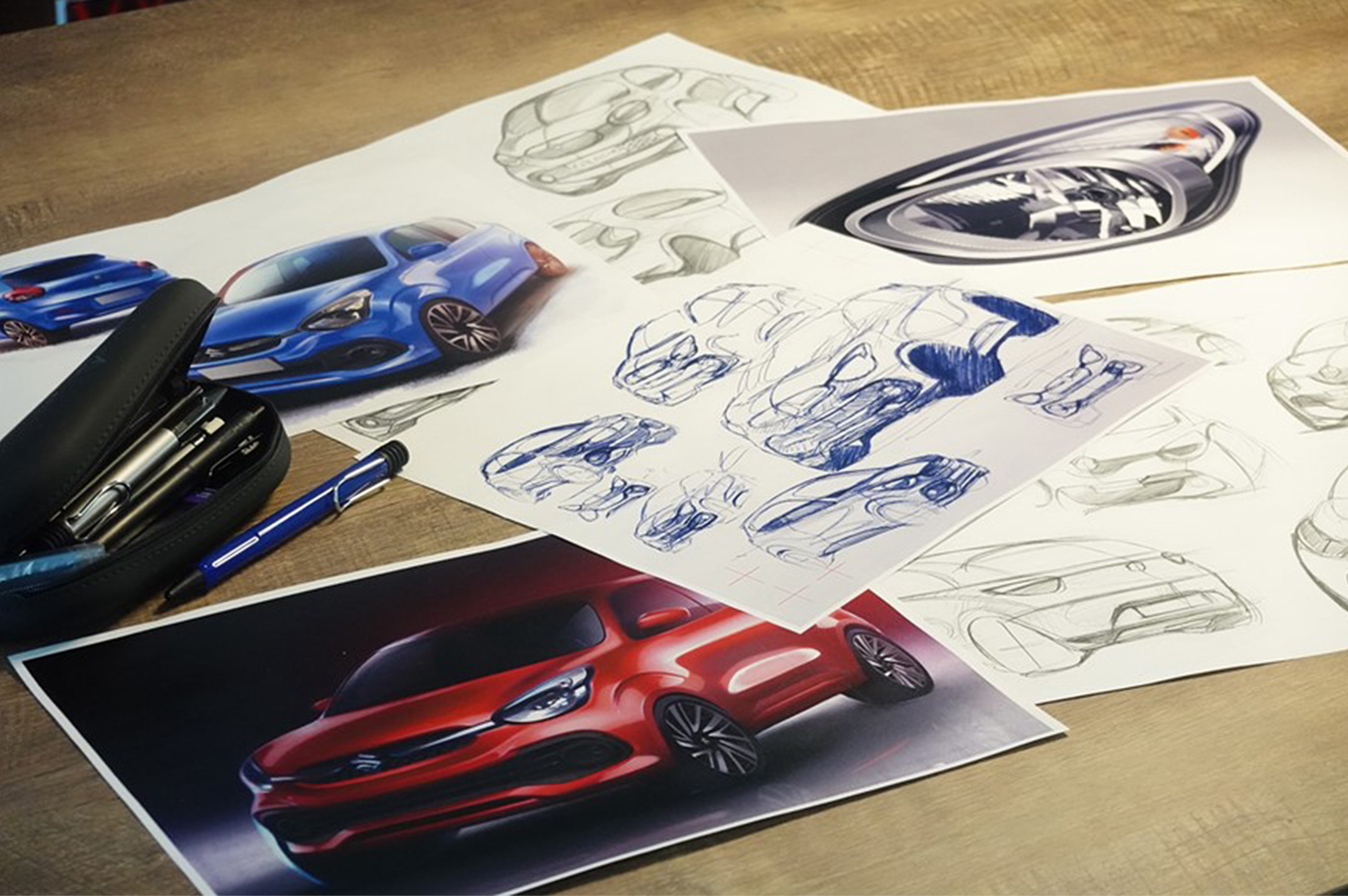 Q. What is the most challenging part of designing a compact car like Celerio?

A. I think it would be making the most of the limited dimensions for styling. The body of the Celerio is a combination of several solid sections so it was difficult to create a look for each of them that provides a sense of tension over the entire vehicle. While working together with the modeler, we pursued creating a feel for the surface that appears comforting and invites you to spontaneously touch it. While enjoying advantages of being a compact model, we succeeded in producing a powerful three-dimensional effect that makes the Celerio look more than its actual size.

Q. Compared to the previous model, the new Celerio’s style is more aggressive. How did you come up with the idea for this styling?

A. I think the way the front of the car looks, kind of its facial expression, is key for any model of car to represent its character or presence. For the Celerio, I wanted it to have a “lively expression” as if it is enjoying itself when driving. I also wanted it to show boldness but at the same time friendliness. I put all these factors into the design. The exterior design evokes a hint of a feline, especially the headlamps. I think we were able to achieve a unique look that makes the Celerio recognisable even from a distance.

Q. What is your favourite body colour for the Celerio and why?

A. My favourite body colour is Fire Red because it really helps the body surface contours stand out. I would also choose that colour for my own driving. Since its a compact car which I’ll be using every day, it’s important to have a colour that gives me energy. 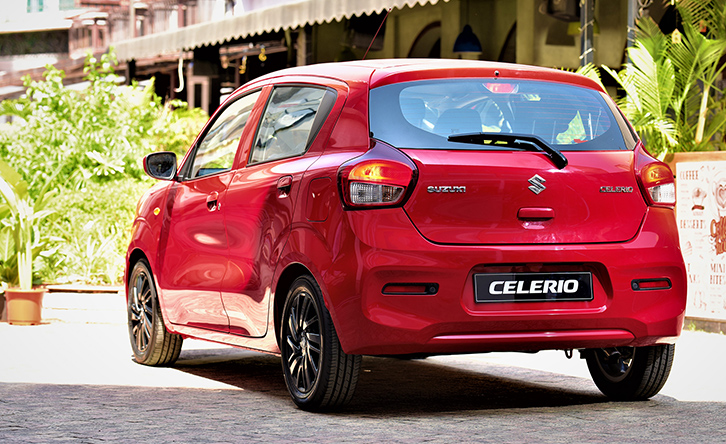 Q. What do you like most about the new Celerio design? 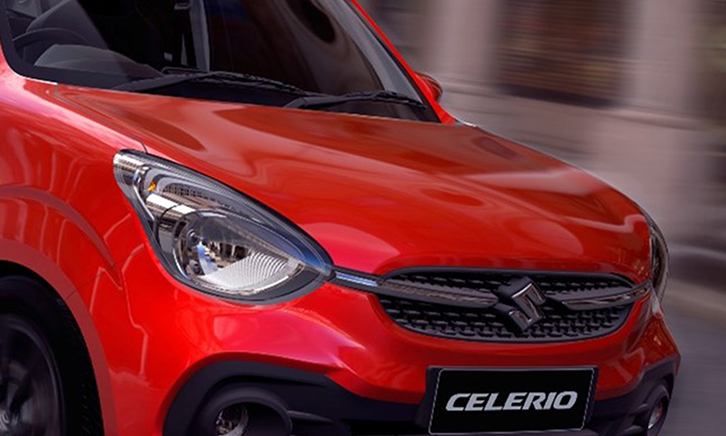 A. I am especially fond of the bonnet surface. It has different expressions depending on the viewing angle. When finishing the clay model, it was very difficult to imagine a smooth transition of the flow from crest to trough, and also the movement of the reflections. But it worked out and I think we could realise a three-dimensional curved surface that has the kind of organic feel that can only be made by human hands. I also like the fact that the body has a pure, clean look due to the elimination of parting lines*.