Alex Rins Wins at the MotoGP Final Round 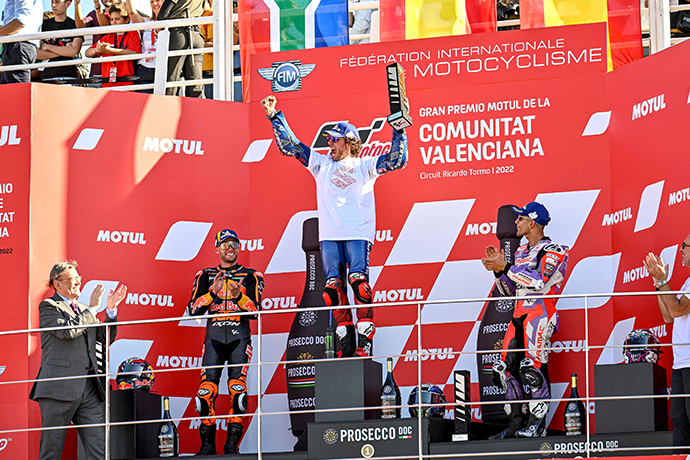 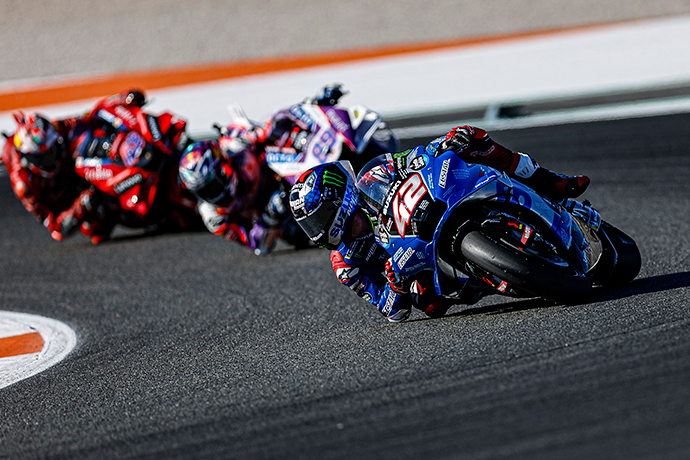 Team SUZUKI ECSTAR’s Alex Rins aboard the GSX-RR won in the MotoGPTM class of the FIM* Road Racing Grand Prix (MotoGP) final round held on 6 November 2022 at Valencia, Spain.

Starting the race from the 5th starting grid, Rins got off to a good start, taking the hole shot and leading the race from the beginning with a steady run, and received the chequered flag without ever giving up top position. The team marked Suzuki’s last MotoGP race with a win.

Suzuki has participated in the GP500 class of the WGP, predecessor of MotoGP, from 1974, and has been participating as Team SUZUKI ECSTAR from 2015. Suzuki’s total record is 89 wins in GP500 and 8 wins in MotoGP, with 97 wins in total. We have also won the rider’s championship 6 times in GP500, and once in 2020 in MotoGP.
We would like to express our deepest gratitude to all the Suzuki fans, as well as to all those involved, for their many years of dedicated support to our company’s motorcycle racing activities.