Alex Rins Wins at the MotoGP 18th Round 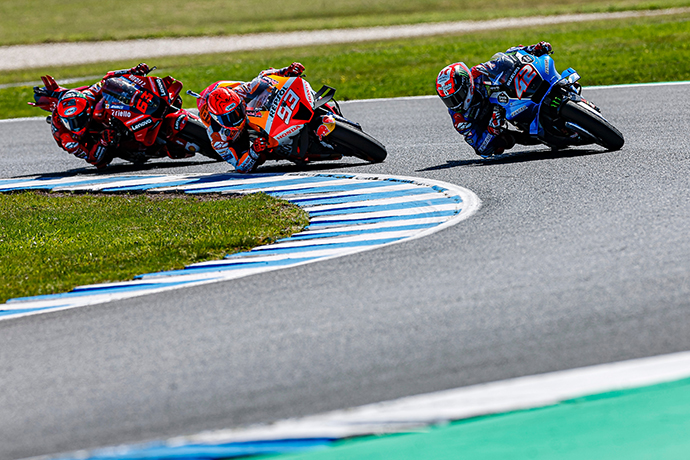 Team SUZUKI ECSTAR’s Alex Rins aboard the GSX-RR won in the MotoGPTM class of the FIM* Road Racing Grand Prix (MotoGP) 18th round held on 16 October 2022 at the Phillip Island in Australia.

Although Rins started the race from the 10th starting grid and struggled to get his rhythm going in the first three laps, his position gradually went up, bringing him into a podium position by the 8th lap. On Lap 14 Rins charged to the head of the race, and from there on out he battled hard to both attack and defend among four riders. He regained the top position in the final lap, and defended the position until the chequered flag to mark the first win of the season as well as the first win in two seasons for Rins and the Team SUZUKI ECSTAR. Also, this became the first win for the Team SUZUKI ECSTAR at the Phillip Island.
Though Suzuki will end its participation in MotoGP at the end of the 2022 season, we will continue to maintain our maximum efforts to win the remaining two races of the season.

MotoGP World Standing
(at the end of 18th round)