Suzuki Wins the First Round of 2022 FIM Endurance World Championship, 24 Heures Motos at Le Mans for the Second Consecutive Year 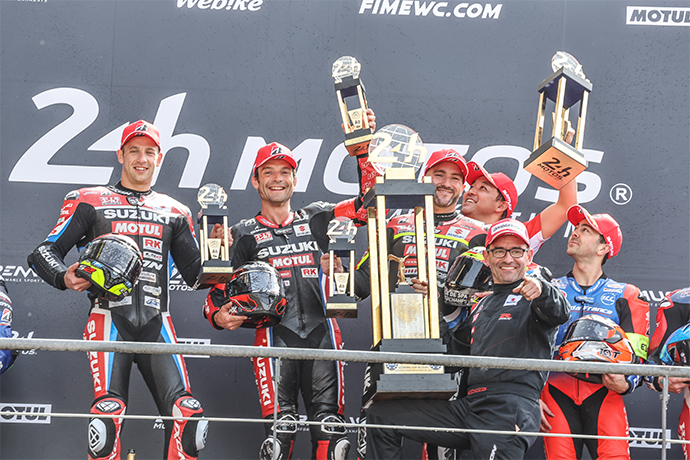 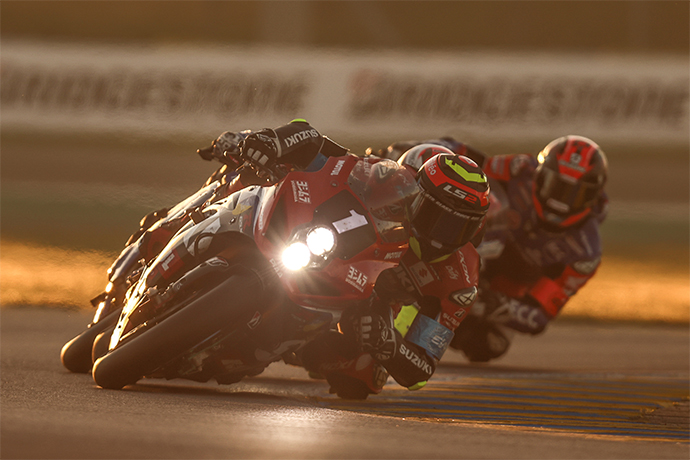 EWC is a motorcycle endurance race with production-based motorcycles that are modified into endurance racing specification. Since the 2021 season, Suzuki entrusts the team operation to Yoshimura Japan Co., Ltd. and together they are competing with the supersport model GSX-R1000R. Along with the overall performance of the GSX-R1000R, YOSHIMURA SERT MOTUL won the championship title in the 2021 season, its first year in the championship.

YOSHIMURA SERT MOTUL, who finished the qualifying session in second, took the holeshot and pushed hard from the first lap. By the first hour of the race, the team became the race-leader. After the 2-hour mark, the team experienced issues, which were overcome by skillful pit operation and teamwork, and kept a steady second to third position. The team took the lead again after the 9-hour mark and finished the race without giving up the lead again, with 840 laps.