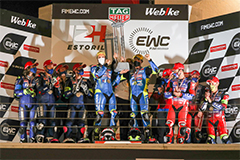 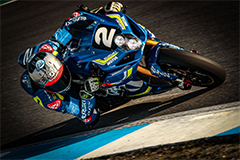 Suzuki Endurance Racing Team (SERT), a team that competes in the FIM (Fédération Internationale de Motocyclisme) World Endurance Championship, finished fourth in the final round of the 2019-2020 season held at Estoril in Portugal on 26 September 2020. As a result, SERT has won the championship title for the first time in four years, its 16th all-time title.

The World Endurance Championship is a motorcycle endurance race competed with production-based motorcycles that are modified into endurance racing specification. Four races were held for this season, and Suzuki competed with its supersport model, the GSX-R1000.
SERT earned technical support from Yoshimura Japan this season, and won the first round Bol d’Or 24-Hour. After finishing third in the third round Le Mans 24 Hours, the team had a 40-point lead in the championship title. In the final fourth round, SERT finished fourth, which gave the team a total of 167.5 points in the season, an 18-point lead to win the championship title.
The title proved the excellent teamwork of SERT and high performance of the GSX-R1000.