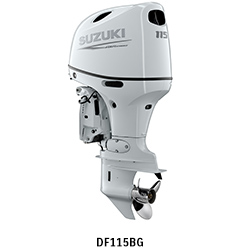 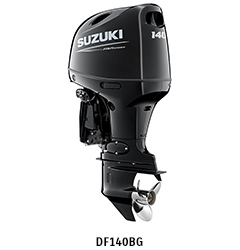 While 115/140 horsepower outboards are mainly installed on mid-sized pleasure boats, there are rising needs of customers who wish to have the same advanced technologies of high-power outboards installed on large-sized boats.
Hence, the DF115BG/140BG have adopted the drive-by-wire throttle and shift control technology called the Suzuki Precision Control, which are installed on Suzuki’s large-sized outboards ranging from 150 to 350 horsepower. This control system replaces the conventional mechanical cable with electrical wires to realize smooth and secure shifting as well as swift and precise throttle control. Combined with Lean Burn Control System, their fuel efficiency has been enhanced in a wide range of speeds. They have also realized more pleasant boating experience with enhanced silence through suppressing the intake sound by adopting silencers.

DF115BG/140BG will be produced at the Kosai Plant in Japan from October 2020 and launched globally in areas including North America, Europe, and Japan.