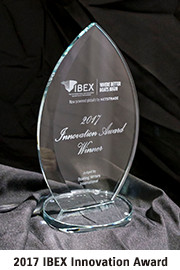 IBEX Innovation Awards are the best awards in the marine technology, which are given to those new products in the marine industry that demonstrate distinctive technological innovations and deliver practical, cost-efficient, and outstanding consumer benefits.

Following are the superior features of the award-winning DF350A:

This is the eighth Innovation Award won by Suzuki four-stroke outboards, the largest number of awards in the engine category of this industry, which accredits our sophisticated technology.
Mainly installed on large fishing boats and cruisers, DF350A has been launched in the USA from July, and in Japan from September. Subsequently, it will be sold worldwide including Europe.