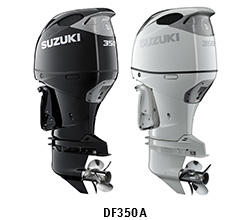 Suzuki Motor Corporation has unveiled the DF350A flagship outboard, which has realized horsepower of 350PS, the maximum output in Suzuki’s lineup of outboards.

At the unveiling event held in Miami, US on 9 June, Toshihiro Suzuki, President, Suzuki Motor Corporation said “Outboards play important role in Suzuki’s business, and DF350A is a model that clearly illustrates our brand slogan The Ultimate 4-Stroke Outboard.”

DF350A will be produced at the Toyokawa Plant in Japan, and launched in the US from July. Subsequently, they will be launched globally including Japan and Europe.