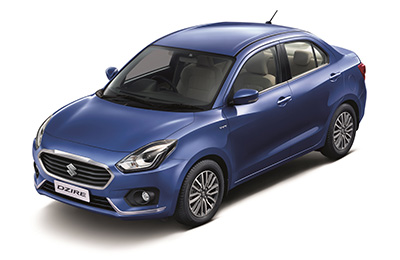 Dzire is one of the main models of Maruti Suzuki. It is India’s largest selling sedan with accumulated sales of approximately 1.4 million units in India.

The all-new Dzire shares the same new HEARTECT platform as those adopted for the all-new Swift, which is being sold in Japan, Europe, and other countries from 2017. Thanks to its lightweight and high-rigidity body, it strikes a balance between running performance and fuel-efficiency, while meeting safety regulations that are scheduled to be introduced in India.

While the primary focus of the all-new Dzire will be in India, it will be exported to India’s surrounding countries, the Middle East, Africa, and Latin America, subsequently.

<Main specification of the all-new Dzire>