Suzuki Motor Corporation has presented its new project for the Team SUZUKI ECSTAR, a team competing in the MotoGP class of the world’s premier motorcycle racing series, the FIM* Road Racing Grand Prix (MotoGP), on 29 January, 2017 at the Sepang International Circuit in Malaysia.

Team SUZUKI ECSTAR has further enhanced the acceleration performance of its racing machine GSX-RR, which is installed with in-line four-cylinder engine, while maintaining its high cornering performance. Two new riders, Andrea Iannone (Italy), who was ranked ninth in the MotoGP class last season, and Alex Rins (Spain), who has stepped up from the Moto2 class, will compete aboard the GSX-RR.

This is the third consecutive season for the Team SUZUKI ECSTAR, who has been competing since 2015. Of the 18 races in the previous 2016 season, the team achieved one win, and made three third place appearances. The 2017 season will start from the Grand Prix of Qatar on 26 March, thru the final round in Valencia on 12 November. 18 races are to be held in 14 countries including Japan on 15 October.
Suzuki aims to surpass the previous season results and enhance machine development to fight regularly for podiums, while developing more attractive products by giving technical feedback to the products, as well as improving the brand image.

GSX-RR is installed with in-line four-cylinder engine that realizes a strong, flexible engine character, fuel efficiency, and durability at a high level. The frame has a layout that keeps its width slim for both maneuverability and aerodynamic performances, and optimizes body strength and weight balance.
For the 2017 season, engine character was reviewed, electronics were matched, and vehicle dimensions were modified to further enhance the acceleration performance while maintaining its high cornering performance. 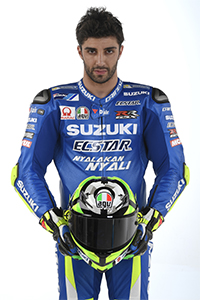 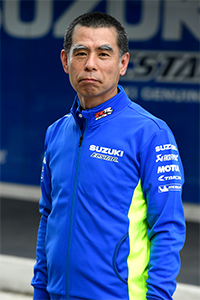 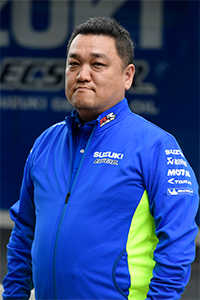