Suzuki Unveils New Outboard Motors at the Genoa Boat Show
- DF175AP/DF150AP, the first models in their class to integrate
regular and counter rotations of propeller - 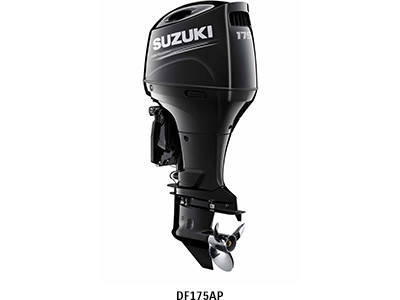 *Based on Suzuki research as of September 2016.

DF175AP and DF150AP use Suzuki’s advanced total engine control technologies earned through its expertise in developing large four-stroke outboard motors. This enables them to deliver outstanding power and exciting performance together with superior fuel efficiency – all from super compact and lightweight unit of 2,867cc in-line four-cylinder DOHC engines.

(Below are features common to conventional DF150 and DF175.)

DF175AP and DF150AP will be manufactured at Toyokawa Plant in Japan. Sales will start in Europe from October 2016, eventually followed by many other countries worldwide.
At the Genoa Boat Show, Suzuki also exhibits full line-up of outboards from DF2.5 to DF300AP.