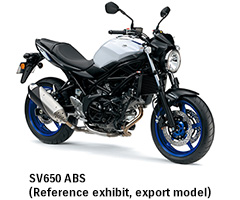 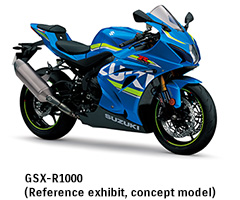 This year’s Suzuki booth will showcase seven units of reference exhibits including two models, the SV650 ABS (new overseas model) and the concept model GSX-R1000 (Japan premiere), which made their world premiere at the Milan Show held in Italy last November. Plus, 12 units of production models (mainly large displacement sport models) such as the GSX-S1000 ABS and the Hayabusa are to be exhibited. Suzuki aims to fully offer the experience of Suzuki motorcycle features by exhibiting many models open for the visitors to actually get on them. There will also be a corner for the visitors to have the chance of getting on the MotoGP machine GSX-RR.

*The exhibits may change without prior notice.