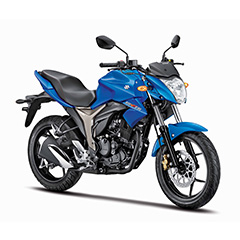 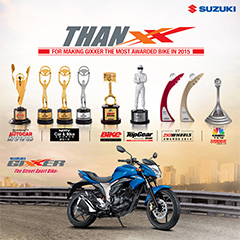 Suzuki Motor Corporation has won bike of the year awards in nine categories that are presented by magazines and TV stations in India for its sportbike GIXXER, which is being produced and distributed by Suzuki Motorcycle India Private Limited, Suzuki’s Indian subsidiary.

GIXXER is a 150cc sportbike which was launched in India in August 2014. It has been earning high appraisal in India for its cutting-edge sporty design, superior fuel efficiency, and strong acceleration. Since its launch in August, the sales unit increased to 6,000 to 7,000 units per month. Suzuki will continue its effort to expand the sales of the sportbike GIXXER in the growing Indian motorcycle market.

Main Spec of the GIXXER