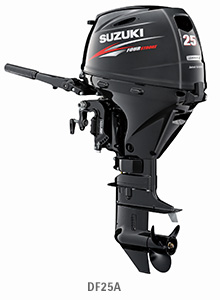 IBEX Innovation Awards are the best awards in the marine technology, which are given to those new products in the marine industry that demonstrate distinctive technological advancements and deliver practical, cost-effective consumer benefits.

The following features of the DF25A/30A were valued for the receipt of the award:

This is the eighth Innovation Award won by Suzuki outboards (of which seven were won by four-stroke outboards), which accredits their high technologies.