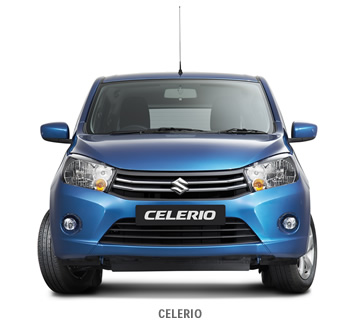 The CELERIO – an all-new global A-segment model from Suzuki, the small car expert - will make its European debut at the 2014 Geneva International Motor Show, which will be held from 4th to 16th March.

The CELERIO had its world premiere at this year’s Delhi Auto Expo.
The European specification model is to be unveiled at the Geneva International Motor Show and will feature an outstandingly roomy interior for an A-segment car as well as class leading low CO2 emissions, thus fulfilling European environmental requirements.

Detailed information will be provided at the Suzuki Press Conference, scheduled for

Other Suzuki models on display will include the Alto, Splash, Swift, Swift Sport, SX4 S-CROSS, Jimny and Grand Vitara.

*The 84th Geneva International Motor Show will be open to the press on 4th and 5th March and then to the general public from 6th to 16th March.