Suzuki Motor Corporation will display the following exhibits at the 43rd Tokyo Motor Show 2013 (organizer: Japan Automobile Manufacturers Association), which will be open to the public at the Tokyo Big Sight from November 23 to December 1, 2013.

The Suzuki booth’s theme of the Tokyo Motor Show exhibits is: “Let’s Create a Brand New Story”. Suzuki recognizes that the daily life of each and every customer is a story, and by adding something to each of those stories, our desire to create different, brand new stories together with our customers, is put into the theme.

Based on the Suzuki slogan of “Small Cars for a Big Future,” the concept cars to be exhibited at the show offer cars that are currently in demand, cars that should be available in the near future, and cars for the more distant future. In order to build a Brand New Story that will add excitement and passion to the daily lives of customers around the world, the cars are packed with Suzuki’s attractive products and unique leading-edge technology.

In addition, the design of the Suzuki booth features an S-shaped border that depicts lightness and softness to an open construction that expresses a bright future. An ultrawide panoramic screen measuring 3.6m x 40m is set at the back of the stage. Introduction videos of the concept cars will be streamed across the main stage to show the Brand New Story of Suzuki and its customers in a beautiful image, which were produced by movie director Shunji Iwai. X-LANDER: a real 4WD hybrid with a distinctive personality. 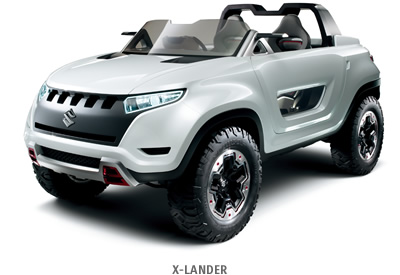 HUSTLER: the challenge to a new genre, a crossover that suits an active lifestyle. HUSTLER Coupe: the challenge to a new genre of minicar, a crossover coupe that has a beautiful silhouette. 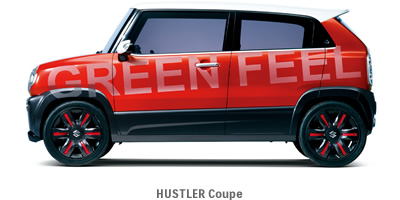 iV-4: a compact SUV with a powerful design that carries on the Suzuki SUV image. 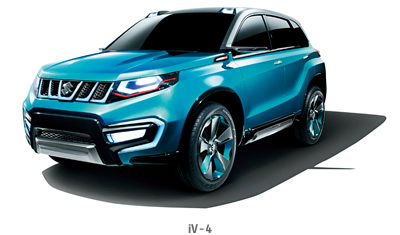 Alto Eco: the most fuel-efficient non-hybrid gasoline-engine vehicle in Japan*1, a mini passenger car that achieved fuel economy of 35.0km/L in the JC08 test cycle*2. 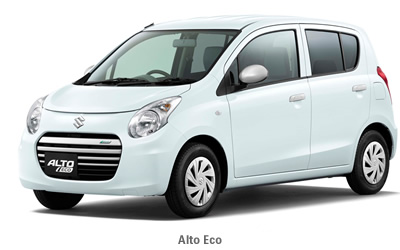 ET4D Concept: an electro senior vehicle equipped with driver-assist functions for more ease of use, convenience, and safety. 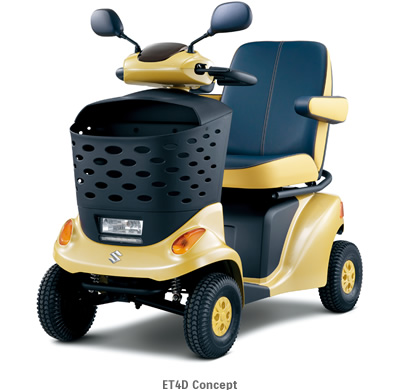 Recursion: a compact roadster with sophisticated features of adults packed into a middle-class motorcycle. EXTRIGGER: an electric mini motorcycle that offers new sensation to have fun.

V-Strom 1000 ABS: the flagship model of the Sport Adventure Tourer. 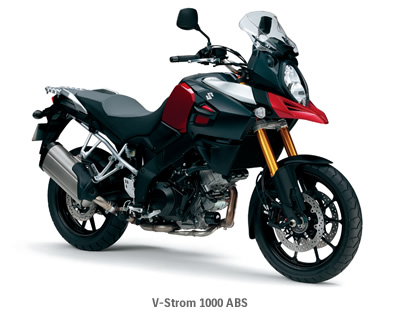 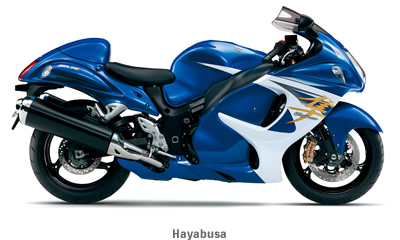 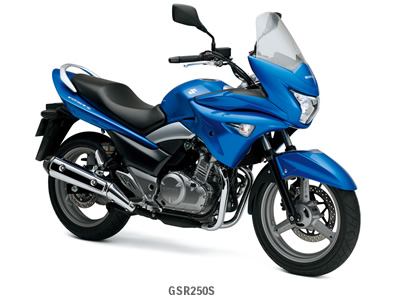 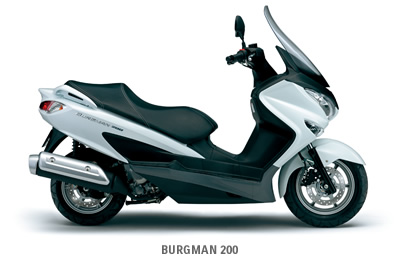 The machine developed to participate in the MotoGP 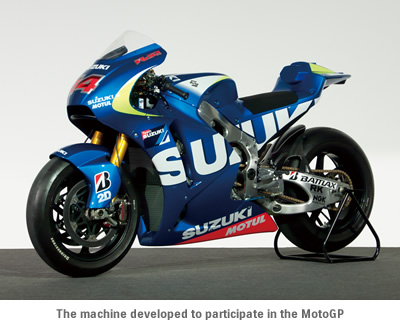 Creating vehicles that are more convenient and more fun, all while paying due consideration to protecting the environment. That is the idea behind the SUZUKI GREEN Technology. Suzuki builds small cars that incorporate next-generation technologies as we steer a course toward comfortable lifestyles and a bountiful future.