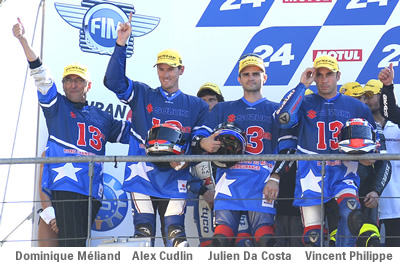 The World Endurance Championship is a production-based motorcycle endurance race championship, which Suzuki competes with its supersport model, the GSX-R1000.

SERT took the championship season point lead after the second round in Japan at the Suzuka 8 hours, and won the third round in Germany at the Oschersleben 8 hours. Although at the final fourth round in France, the Le Mans 24 hours, SERT finished at 26th due to a small crash and subsequent engine trouble, they showed stable performance throughout the year.