After two years suspension since 2012, Suzuki Motor Corporation has organized its test team to undergo more practical running test at its advanced development stage and will participate in the official joint testing to be held at the Catalunya circuit in Spain. Through continuing running tests at the circuits inside and outside Japan for further development and refinement, Suzuki Motor Corporation will participate again in MotoGP racing from 2015.

The outline of testing team and racing machine to be developed are as follows:

MotoGP machine to be developed 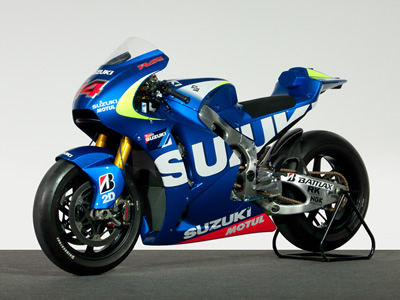