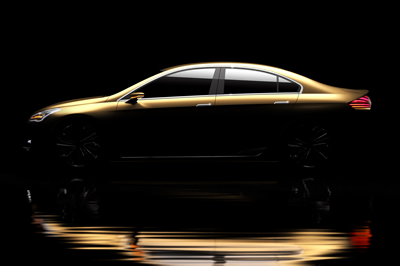 Suzuki Motor Corporation will make world premiere of the C-segment sedan concept model AUTHENTICS at the 15th Shanghai International Automobile Industry Exhibition which will be held from 20 April, 2013*.

AUTHENTICS is a concept model presented to the C-segment sedan class, which has the largest volume in the Chinese automobile market. The model expresses “Sporty x Elegant” with its long wheelbase and an unconstrained form with its overall height kept low, as well as its strong character line which gives a wind-cutting image along with a rich and fine curved surface.

Suzuki will make world premiere of the new GW250S, an additional spec of the on-road motorcycle GW250, which is being produced by Suzuki’s joint venture in China, Changzhou Haojue Suzuki Motorcycle Co., LTD., and distributed not only in China but also in Japan, Europe, etc. By equipping a half-fairing, it gives a sportier image while increasing wind protection such as when riding on highways.