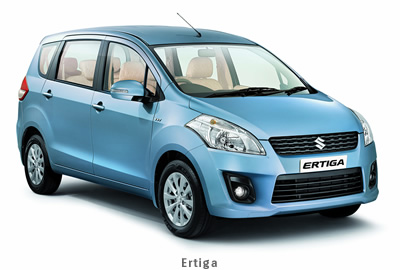 In India, families are comprised with more than 5 members at a high rate. With regard to this fact, Ertiga, the new compact 3-row, 7-seater developed to be comfortable even with 7 members on board, is exhibited. Aimed to fulfill the lineup and to meet the customers’ needs, Maruti Suzuki has announced that the model will be launched in the spring of 2012.

The Ertiga is uniquely positioned with its lightweight and compact body and small engine displacement. The model is launched in India in the aim of pioneering a new market of compact 3-row seaters.

The Ertiga’s compact body still offers spacious and comfortable cabin space where adults can be seated at the third row without feeling crammed. The size also contributes to good maneuverability. 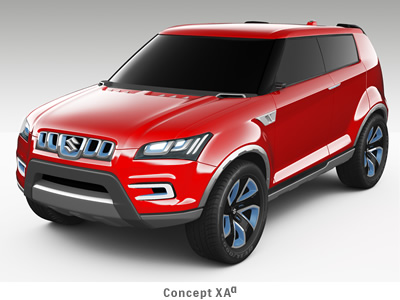 A concept compact SUV “Concept XAα” is exhibited as a new SUV suggestion to younger generation in urban areas in India. 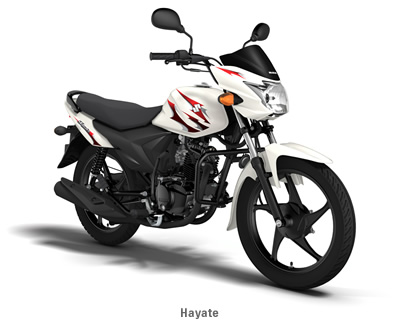 The Hayate has adopted a fuel efficient 110cm3 engine and a sporty design of a large displacement motorcycle. It is a motorcycle developed with an aim to be light and compact for easy handling while having a strong frame to support its stable performance. 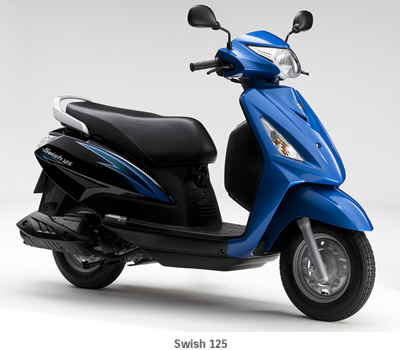 The Swish 125 has adopted a 125cm3 engine that is fuel efficient and quick to respond to the throttle. It is a sporty and stylishly designed scooter equipped with useful functions such as a large storage, appealing to the family and young users.