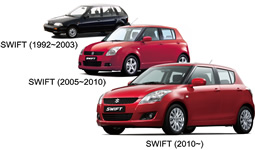 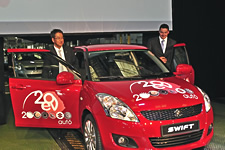 Suzuki had started negotiating before the collapse of the Berlin Wall, and jointly founded Magyar Suzuki Corporation Ltd. in 1991. Suzuki was among the first Japanese automobile manufacturers back then to create a foothold of production in East Europe, and had started production and sales of automobiles in 1992. Although they were supplied mainly in Hungarian domestic market at the time of their first production, due to the expansion of models and production capacity, currently it is Suzuki’s production hub in Europe, supplying to more than 45 countries in Europe and beyond.