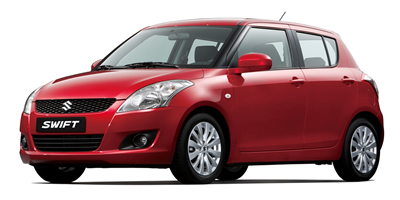 Suzuki Motor Corporation is pleased to announce that cumulative worldwide sales of the Suzuki's first world strategic car Swift reached two million units in January this year(six years and three months after the start of sales).

Suzuki launched the Swift as its first world strategic model in November 2004, initially producing and marketing it in Japan and later expanding production to other countries including Hungary, India, and China. Today, the Swift is driven in 124 countries and regions around the world.

The Swift reflects Suzuki’s expertise in compact cars and dedication to creating models that are sporty, stylish, and fun to drive. 67 worldwide major accolades in 26 countries and regions including Asia, Europe and Oceania show how the Swift is well regarded.

The Swift’s international popularity is reflected by the fact that about 15% of the two million units sold are in Japan, about 39% in India, and about 27% in Europe.