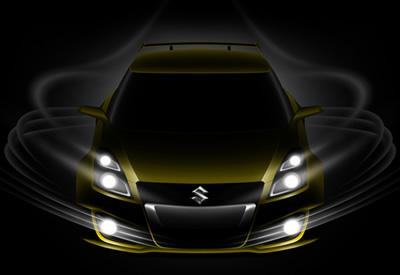 Suzuki Motor Corporation will be exhibiting a new concept car named the SWIFT S-CONCEPT at the 81st Geneva International Motor Show, which is scheduled to take place from 3 to 13 March. The media will have advance access on 1 and 2 March.

The SWIFT S-CONCEPT is based on the new Swift, which Suzuki began marketing in Europe in autumn 2010. A “more sporty and exciting” design theme is reflected by a look in which sportiness has been added to the Swift’s stylish design. In line with Suzuki’s brand philosophy of delivering excitement, the overall development concept was to create a premium sport compact with uncompromised performance.